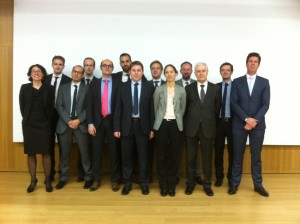 Topic 1 : value cartography. How and where is the value created in the French railway sector ? What are the key figures ?

Thème B : disruptions and evolutions : wich are the coming evolutions modifying the economic model for railways ? Wich are the ways to anticipate and to implement new technologies and disruptive approches to make the railway system able to survive ?

Topic C : Lean and competitiveness. How lean and low-cost approaches could help to develop railway sector? Are the actors ready to evolve into this way? Is it possible to increase the lean spirit within the French railway sector while keeping a large and positive ambition for mobility developpement ?